Upon arriving at Las Musas Walk, we found a portal supported by four caryatids of approximately five meters high, on which the motto is written: HEROICA CIUDAD DE CHICLAYO, title granted when the villagers defended the patriotic interests during the war of the Pacific. This beautiful promenade was built during the period of government of Arturo Castillo Chirinos, during 1994-1995; with the purpose of improving the decoration of the city and the quality of life of the existing urbanization in that area. In it you can enjoy the harmonious distribution of a set of small squares where nine muses of Greek mythology are shown; which respond to the names of Polimnia who is the creator of lyric poetry; Melpomene muse of tragedy; Tertisícorde muse of choral singing and dancing; Erato is the one who presides over lyric and erotic poetry; Clío represents the story; Calliope is the muse of ethical poetry and eloquence; Talía creator of comedy; Uranie muse of astronomy and Euterpe related to the art of playing the flute. These magnificent statues were sculptural creations by artist Celendino Miguel A. Díaz Díaz.

The Chiclayo Cathedral (also known as Santa María Catedral) is located in the main park of the city, its construction is neoclassical, according to design and plans commissioned by Gustave Eiffel from whom it receives its name “Rose Meridionale”.

Meet the spas and beaches of Chiclayo and discover the traditional straw and cotton fabrics of the artisan market of Monsefú. 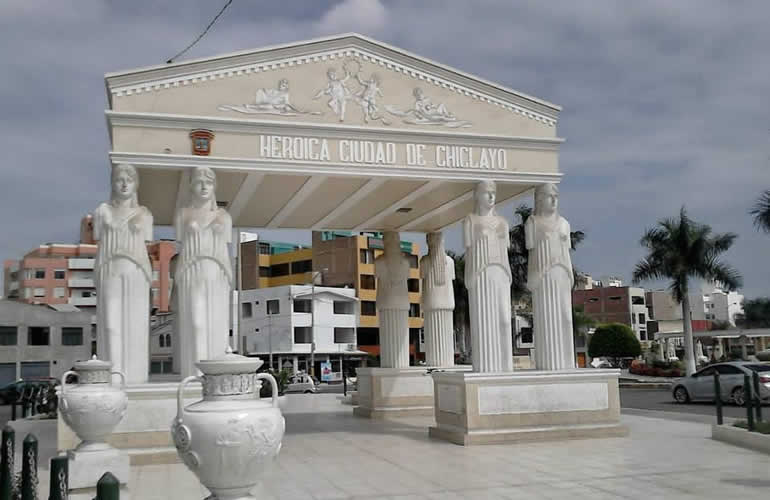 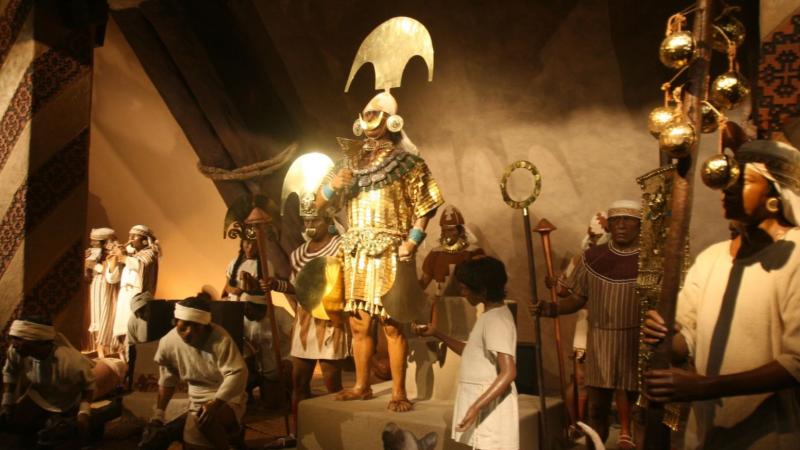 Visits National Museum of Sicán (Prov. Ferreñafe) Pyramids of Túcume + site museum, viewpoint of the hill the line, and walk through the archaeological zone.

Lunch in Prov. Of Lambayeque (optional) Royal Tombs of Sipán Museum (Lambayeque), exhibition of the golden tomb of Sipán.

Arrival in Chiclayo and end of the tours.

Visit the huaca Rajada, and place of the discovery of the treasure of the tomb of the lord of Sipán, Funeral Chambers + Museum site where replicas of the excavations are exposed.

Arrival to Chiclayo and end of the tours.

Visit to the Pimentel spa, craft pier and boardwalk + fishermen's cove of Santa Rosa, and Monsefù and its craft fair (straw and ceramic works).