Chachapoyas (founded as San Juan de la Frontera de los Chachapoyas, on September 5, 15385) is a city located in northern Peru, capital of the province of Chachapoyas and the department of Amazonas. It stands on the eastern slope of the Andes mountain range, in a plain of the Utcubamba river basin, tributary of the Marañón river. The city has a population of 32,026 inhabitants according to data from the 2017 National Census.

The historic center of Chachapoyas, declared Cultural Patrimony of the Nation on November 12, 1988, stands out for its large houses with patio and gardens inside, and churches, as well as its “chachapoyano” style buildings.

Breakfast. Averaging from 8:30 a.m. to 9:00 a.m. we will pass by your hotel to start our trip to Kuelap. We will make a technical stop at the viewpoint of the archaeological rest of Macro to appreciate its majesty and learn about its importance. Then we continue our journey to the cable car station, where after a 20-minute trip we will arrive at the entrance of the fortified citadel of Kuelap, the visit will last approximately 2 hours. Finally we move to the community of Nuevo Tingo where we will have our lunch. At the indicated time we undertake the return to the city of Chachapoyas.

Breakfast. We leave from the city of Chachapoyas to the city of Lamud and then to the parking lot of the Quiocta cavern. We will have a five-minute walk to reach the doors of the Quiocta cavern that will last an hour and a half or so, we can observe a large number of stalactites and stalagmites with curious shapes. Then we return to the city of Lamud for lunch. We will continue our trip by vehicle for another hour to the community of Cruz Pata from where we will walk about 40 minutes down to visit the group of Sarcophagi of Karajía. Then we return to our vehicle to move back to the city of Chachapoyas. 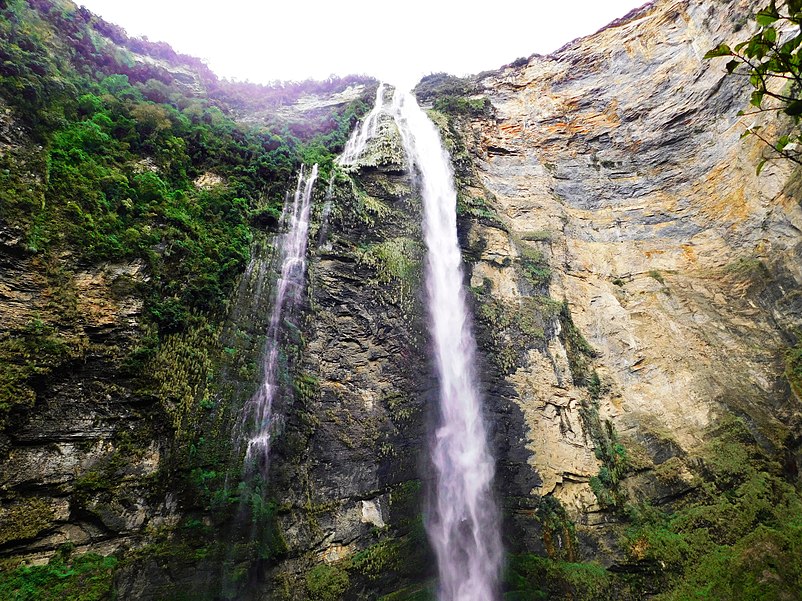 Breakfast. We will leave at 8:30 in the morning to the community of Cocachimba, from there we will begin a comforting walk to the Gocta waterfall, the third highest in the world and surrounded by abundant nature. Everything will last 5 hours round trip in addition to visiting time and if you want to take a dip. We return to the Cocachimba community for lunch. Finally we return to Chachapoyas, we will be in the city at approximately 5 in the afternoon.