The gastronomy of Peru is one of the most varied and exquisite in the world, so much so that in the book “357 ready to understand how we Peruvians” comes to count up to 491 typical dishes.

Peruvian cuisine is the result of the initial fusion of the culinary tradition of ancient Peru – with its own techniques and potions – with Spanish cuisine in its variant most strongly influenced by 762 years of Moorish presence in the Iberian Peninsula and with significant contribution of the culinary customs brought from the Atlantic coast of sub-Saharan Africa by slaves.

Subsequently, this miscegenation was influenced by the culinary uses and customs of French chefs who fled the revolution in their country to settle, in good numbers, in the capital of the viceroyalty of Peru. Equally important was the influence of nineteenth-century immigration, which included Chinese-Cantonese, Japanese and Italian, among other mainly European origins.

As an exclusive feature of the cuisine of Peru, there are foods and flavors from four continents in a single country and, this, since the second half of the nineteenth century. Peruvian culinary arts are constantly evolving and, added to the variety of traditional dishes, it makes it impossible to establish a complete list of their representative dishes.

It is worth mentioning that along the Peruvian coast there are more than two thousand five hundred different types of soups, as well as more than 250 traditional desserts.The great variety of Peruvian cuisine is based on three sources: the particularity of geography Peru, the mixture of cultures and the adaptation of ancient cultures to modern cuisine. 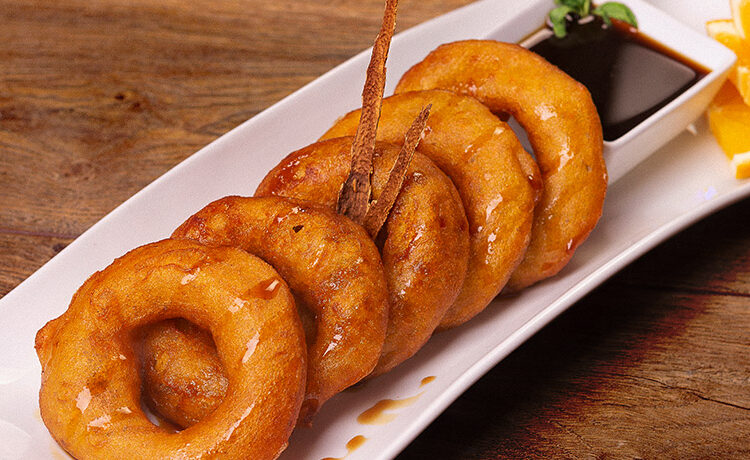 Prepare the most traditional dishes of Peru: Causa, Ceviche, Lomo Saltado and Picarones.

Cancelling more than 45 days before the class: free

Cancelling on the day of the class: 90% to pay

Change of date more than 9 days before the class: free