The Sacred Valley of the Incas, in the Peruvian Andes, is made up of numerous rivers that descend through gorges and small valleys; It has numerous archaeological monuments and indigenous peoples. This valley was much appreciated by the Incas due to its special geographical and climatic qualities. It was one of the main production points due to the richness of its land and place where the best corn grain is produced in Peru.

In 2006 the Sacred Valley of the Incas was declared Cultural Patrimony of the Nation. Machu Picchu, name in Quechua,”of the old mountain”; is the contemporary name given to a llaqta – ancient Andean Inca town – built before the 15th century and then abandoned, located in the Eastern Cordillera of southern Peru, in the mountain range of Los Andes at 2430 meters above sea level.

It is located in the Cusco region, province of Urubamba, district of Machu Picchu, on the Sacred Valley of the Incas, 80 kilometers northwest of the city of Cusco, city of Peru and where the Urubamba River flows, which crosses the mountain range and a canyon with tropical mountain climate originates. According to many scholars, its original name would have been Llaqtapata. Famous for its sophisticated dry stone walls that combine huge blocks without the use of a mortar, fascinating buildings that relate to astronomical alignments and panoramic views. The exact use he had remains a mystery.

LOCATION: It is located in the Center-South of the country, in the Andean 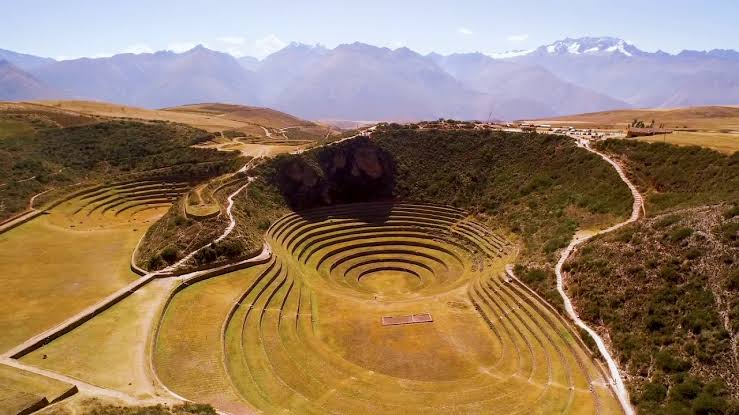 The first stop
The first archaeological center that we will visit will be Pisaq (Andean partridge) which we will access through an asphalted road as we ascend, we can appreciate the impressive Inca platforms that border the mountains giving us the impression of being part of the mountains. The places we will visit within Pisac will be the religious sector formed by temples, the urban sector, the Inca cemetery and finally the agricultural terraces and then descend to the town of Pisac.

The second stop
Then we will continue our route to Ollantaytambo but not before making a stop in the town of Urubamba where you can have lunch (It is not included in the tour), before continuing the route to Ollantaytambo old resting place and called "The living Inca city " Since you can still see houses with Inca bases inhabited by the inhabitants, the most important place is the Temple of the Sun which is located in the highest part of the archaeological
center which is accessed through hundreds of stairs for which We will have to make a little effort but it will be worth it since the view from this place is indescribable.

19:04 or 21:00 pm
Where we will stay to board the train at Ollantaytambo station at 19:04 pm or 21:00 pm towards the town of Aguas Calientes (Machu Picchu Pueblo). We will travel by train for an average of 2 hours to Aguas Calientes, where our guide will be waiting to take you to your Hostel for a talk about the guided the next day in Machu Picchu.
Overnight in Aguas Calientes. 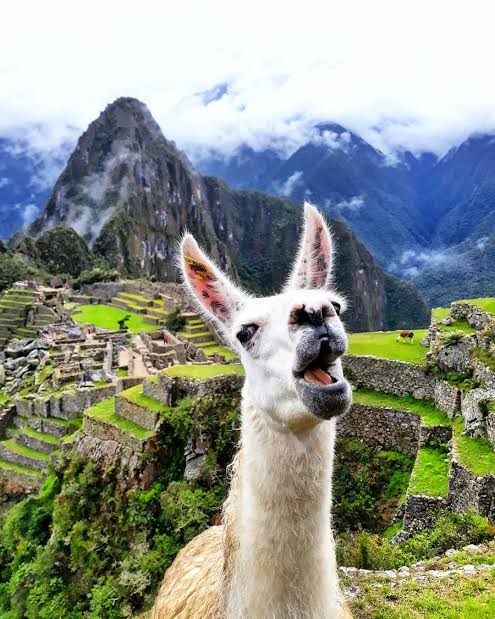 The most important day of our trip is to get to know one of the 7 wonders of the Machu Picchu
world, and we have two ways to get there:

The first one
It is through the Inca Trail, this hike lasts 1 hour with 30 minutes of pure ascent.

The second one
It is by tourist bus, this short trip lasts 30 minutes.

4:30 am
People who wish to walk up the Inca Trail, must leave the Hostel very early at 4:30 a.m. to reach the Inca citadel of Machu Picchu very early and appreciate the sunrise.

5:30 am
On the other hand, people who want to get in a car will have to take the first bus at 5:30 a.m. To arrive early to Machu Picchu and to appreciate the sunrise that is a unique spectacle, then we can visit the Inca citadel of Machu Picchu for 2 hours with approximately 30 minutes accompanied by a specialist guide who will explain to us about the historical legacy of the citadel Machu Picchu, and the full description of this great and impressive attraction.
After the excursion, (if you have the ticket you can ascend to the mountain of Huayna Picchu or the Mountain of Machu Picchu), at the appropriate time you must descend from Machu Picchu to Aguas Calientes by bus or walking so that you can have lunch with peace of mind and board the train back to Ollantaytambo (2 hours of travel by train) where our transport to the city of Cusco (2 hours by car) awaits us Arrival at Plazoleta San Francisco or Regocijo. End of our services!